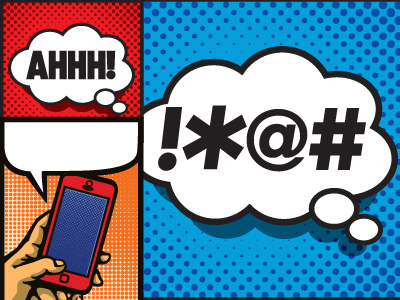 Of all the reasons someone turns down a ride I offer them, none will be more memorable than “I’m sorry, but I can’t ride in a car with a Jew.” Jimmy and I were shelf-stackers at the Foodtown in Oceanside, Long Island. After the grocery store closed for the night, we and three others neatened the aisles, either “dummying” (bringing items forward) or “leveling” the decimated shelves. The job paid minimum wage and I was thrilled to earn it. Jimmy, who was Irish Catholic, seemed like a solid dude. He was funny, polite and – the most important thing to me at the time – not a virgin at age 16. And boy, would he regale me with stories of how not a virgin he was.

On that night, just before punching out at 11 p.m., I heard the pay phone receiver slam – this was before cell phones – followed by Jimmy’s voice cursing. I walked over to ask him the problem. His car wouldn’t start and no one was home to answer his call.

My dad would be there in 10 minutes, so I offered Jimmy a ride home with us. I was sure my dad would be cool with it. “I’m sorry,” Jimmy said. “I can’t.” He stared at me with dread. Then came those words, unfolding out of his mouth in slow motion, the way they continue to rattle inside my head to this day.

Did Jimmy look at my nose and see Nazi caricatures? I’m a secular Jew. I identify culturally and ethnically but was raised Reform and have been agnostic since before my Bar Mitzvah. None of this mattered to Jimmy. After all that time we spent getting to know one another, the sum total of all I was to him – all my unique thoughts, my dreams, my wit – was a shylock. How is it that someone who acted so friendly to me could actually be so anti Semitic?

I reacted quite intensely, screaming at Jimmy that he was out of line and that I couldn’t be his friend anymore. But that was only in my head, like when you drive away from the cop who pulled you over and only then work out what you should have said. In reality, I just stood there in shock, asking, still only to myself, “Did I really just hear that?” During a recent San Diego business conference, all those emotions flooded back. The conference organizer introduced me to a fellow member of the local media. Since I’m new to town and know virtually no one, I appreciated the contact. We hit it off immediately, even discovering a mutual friend. He and I discussed the “joys” of freelance work, particularly having to pester editors about unpaid invoices and new assignment pitches simultaneously.
“And then,” my new friend said, choking back a laugh, “then they try to Jew you down on the amount!”
It wasn’t nearly as bad as what Jimmy said. And it wasn’t directed at me personally. Nevertheless, it hit me just as hard. This is someone in the media, not some 16-year-old ignoramus but a grown-ass man charged with informing the public of current events through an impartial lens.

If he harbors this prejudice, is it safe to assume that a large percentage of the rest of San Diego’s gentiles do too?

“When I started at ADL 10 years ago, nobody in San Diego wanted to talk much about anti Semitism,” said San Diego ADL Regional Director Tammy Gillies. “The community felt it was a very welcoming place.”

The uglier elements of San Diego’s history also track similarly to that of most U.S. cities. For many decades, housing sales contracts in La Jolla – which self-identified as a Christian neighborhood via the Mount Soledad Easter Cross – excluded Jews, according to myriad San Diego Union-Tribune and La Jolla Light reports dating back to the early 2000s. Housing discrimination was outlawed in 1948 by a Supreme Court decision, but La Jolla just drove it underground. Not selling to Jews became a “gentlemen’s agreement.”

The anti-Semitic covenants crumbled officially in the 1960s with the establishment of UC San Diego and the Salk Institute, whose founding scientists were mostly Jewish. But a fresh new take on the same old bullshit is back.

“Over this past year or two, as it’s been on the rise across the country, people in San Diego have become concerned,” Gillies said.

When I got home from the business conference, I sought Facebook’s reaction to my first taste of San Diego Jew hatred.

“Someone who did that to me in a professional setting, I would say, ‘Excuse me?’” commented one Jewish friend, an editor I used to work for in New York. “Then I would smash them across the face and say, ‘Our business here is terminated. Are we clear?’” Violent confrontation is never first on my list – even if the guy wasn’t six inches taller than me and an important connection to my media network in this smallish town. I could imagine that just politely objecting to his remark, “Jew you down,” wouldn’t have been a positive step for my career here. I have a reputation to build from the ground up, starting with the need for trusted friends in a mostly non-Jewish industry.

“I’m sure there were many Austrian and German Jews who echoed the same sentiments,” wrote another Jewish Facebook friend. (Isn’t social media always so much fun?) She’s an animal-rescue worker who lives in rural Arizona.

Maybe we should all lighten up. That’s the advice I got from Susan Olsen, the former child actress who played Cindy on “The Brady Bunch.” (I forgot how we became Facebook friends, but I love tagging her in threads where know-it-alls try to challenge my “Brady Bunch” trivia.)

“Let it go,” Olsen commented. “Everyone is so obsessed with being offended. It hasn’t done anyone any good.”

Of course Olsen is going to think that. She lost her L.A. radio job last December after a personal Facebook message came to light in which she called someone a homophobic slur.

Gillies said I should have responded by saying, politely but assertively, “Tell me what you mean by that.”

“Then, they have to stop and think about it and they may not know what they mean,” she said. “Most times, when I hear an expression like that, it’s really made out of ignorance and not out of anti-Semitism.”

The phrase “Jewing down” is based on the offensive stereotype of the Jewish people as cheap and greedy. It traces back to the Middle Ages, when Jews were excluded from professional guilds and denied the right to own land. Since the Catholic Church forbade Christians from charging interest on loans, Jews went into one of the only industries they could and dominated moneylending.

I’ve said both things before – probably even once or twice after being informed that they were slurs against Gypsies and the Welsh. And I’ll admit, “Indian-giver” was a staple of my playground lexicon.

Rabbi Abraham Cooper, associate dean of the Simon Wiesenthal Center in Los Angeles, not only agrees that my new media friend probably isn’t an anti-Semite, he also gives a pass to Jimmy, the grocery-store kid who wouldn’t ride in cars with Jews.

Cooper asked me if Jimmy continued working with me after the incident as though nothing ever happened. (Yes, for several months.) He also asked whether Jimmy ever said anything remotely anti-Semitic again. (No, never.) “Look, I’m not excusing the guy’s behavior,” Cooper said. “It’s shocking – especially since you guys got along well. But that incident reflected more on anti-Semitism at home than on the kid, who would like to get home but is too afraid to be seen by his father, his family and/or neighbors in the presence of a Jew. When he said to you, ‘I’m sorry, I can’t,’ there was probably a threat at the other end of it.”

So all of those alternate scenarios where I yelled or lashed out at Jimmy were unnecessary anyway. Jimmy was most likely on my side already, trying to warn me about an irrational situation at home.

My case, the rabbi said, brings into focus what he considers probably the best weapon for combating anti-Semitism: personal contact.

“This kid Jimmy came to the workplace fully loaded with negative stereotypes about Jews, and he was already having a different life experience,” Rabbi Cooper said. “He had a buddy who was Jewish and thought he was a nice guy, he didn’t look like a Christ-killer, and he never dared tell his father or he’d get a smack.”

“There’s no single rule about what action to take,” Cooper said. “You have to measure what the nature of the incident is.”

Cooper did agree with Gillies, though, that I probably should have responded to the “Jew you down” comment.

“There are two things you gain in responding in the appropriate situation,” he said. “If they are an anti-Semite, it’s important to stand up as a Jew because part of the stereotype is that Jews won’t stand up for themselves. Secondly, if they’re not anti-Semitic, you just had a teaching moment.”

Well, it’s too late for that, obviously, but times like this make me happy to still be a journalist. Because I know one member of the San Diego media who’s about to receive a link to an article in the latest issue of the San Diego Jewish Journal.