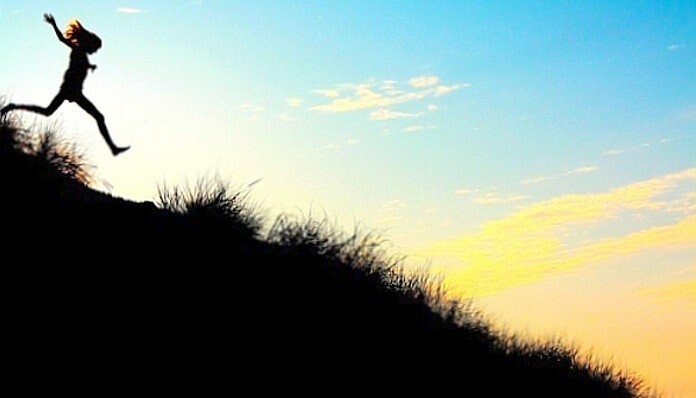 It hasn’t been a full life if somebody hasn’t hated you enough to sprint 1,000 feet down a 30-degree embankment, filled with loose rocks and cactus and ending at the shoulder of a major freeway, rather than remain inside a car with you.

This was how my first date with Caryn ended. She was an adorable, 22-year-old redhead I had met at some music-industry function. I was 30 at the time. We hit it off and I asked her to the opening of B.B. King’s Blues Club Universal Studios Hollywood.

Immediately after entering my car, Caryn announced that we were just friends and this was not a date.

What the what? Well, OK, not a date was still more of a date than I had been on in four months. I ignored it and conducted what I considered to be some mighty successful driving flirtation. Caryn laughed but then, out of left field, repeated her caveat: this was not a date.

I’ll be honest. Ten straight years of babes telling me they’d rather “just be friends” had done a number on my self-esteem. It hurt for a woman to feel the need to create such abundant clarity on the issue that I was not in the least bit doable. I knew what this was probably about: I’m only five-foot-seven, and that’s in my tall shoes with the two-inch lift inserts.

So when we got to the parking gate at Universal City, an idea occurred: to ask Caryn for three of the six dollars the toll guy was collecting. Since we were just friends, I explained, friends chip in. Caryn asked if I was serious. I replied in the affirmative. “In fact,” I added, “if you were a real friend, you would have offered the whole amount, since I drove.”

What happened next continues to drop my jaw 20 years after the fact. I’ve been telling this story for two decades, wondering what would possess someone to risk her life just to get away from me.

So, I finally looked her up and asked. Twenty years later. Caryn immediately sent me a reply and was surprisingly willing to talk. She remembered everything about our non-date, too, plus important details that I didn’t. Here’s the transcript. I’m married, but maybe there’s something you can learn from it.

ME: I’m glad you agreed to do this. So what’s your side of what happened?

CARYN: First of all, I didn’t think you were asking me out. You never made it clear. In fact, you were the one who mentioned just friends first, on the phone. And, when you picked me up, you didn’t open your door for me.

ME: That sounds right. If I thought a girl was out of my league, I would get her to hang out first. She couldn’t reject me then. And my wife is going to love that door-opening thing. That’s still me. She never knows when we’re on a date, either. So you’re saying there was some attraction?

CARYN: I wouldn’t say there was no attraction. I was just trying to not have any pressure on either of our ends. I’m not good with having any expectations in any situation.

ME: So, if I played along and not been so immediate goal-oriented, I could have convinced you that I was a decent guy, someone worth going further with on one of our later non-dates.

CARYN: Probably. But here’s something really important that you forgot… I had no money, none, and you knew that because we talked about it on the phone. I was between jobs and couldn’t even afford my rent. But you kept telling me, ‘Don’t worry, I’ll pay for everything, and the drinks are free at the party anyway.’

ME: Wow. I guess the memory leaves details like that out. But does that really explain why someone would risk their life just to get away from a person who posed no danger? That was crazy.

CARYN: I was really offended that you asked me for money because you knew my financial situation. Had I had money, I would have offered.

ME: But to risk your life?

CARYN: It was just a feeling of being trapped. I just wanted out of the situation and that was the only route at the time.

ME: So how did you get home? I watched the news for two days to see if your body would show up on the freeway.

CARYN: I just ran down the hill for a little bit, then back onto the road. Some guy gave me a quarter and I called my brother from a payphone. This was before I had a cellphone. It was a long time ago. My brother and his girlfriend picked me up and there was just silence in the car. They didn’t ask what happened. They just looked at each other and I said, ‘This is why I don’t go on dates.’ They dropped me off at my apartment and we never spoke of it again.

ME: But you remembered it perfectly.

CARYN: I thought you were really fucking funny and it hurt me that you would do that to me.

CARYN: You taught me a lesson, though. Every time I go out now, I take a cell phone and enough money for a cab.