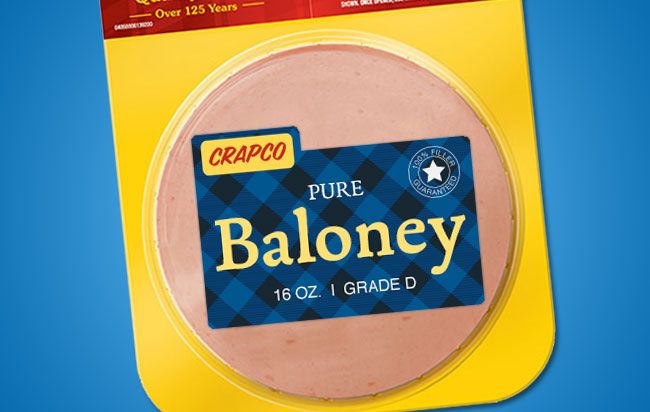 When the names of the first nine KKK-affiliated politicians were released by the hacker group Anonymous last week, the Internet exploded. Except that Anonymous never released any names.

Like Obama banning Christmas cards to American military members overseas, it was a hoax.

I decided to investigate how and why these hoax stories spread so rapidly—by posting one of my own and watching what happens.

I did a variation on the recent human-DNA-found-in-hot-dogs rumor, but stepped up the disgust level a notch.

First, I created a website called Food Safety Bulletin. It took a few hours and just $12 to register and host for a year. (GoDaddy was running a special.)

Next, I created a piece of faux investigative journalism, revealing how scientists had recently discovered molecules in cow’s milk consistent with human seminal fluid.

Was my fake story that believable?

According to my “report,” 345 samples of milk—produced by 42 brands in California, Nevada, and Arizona—tested positive for spooge.

David Tufts, the fictional spokesman for my fictional genetic food testing company, FoodGenix, commented for the story that “It is not our policy to speculate on how contaminants are introduced into the food we sample.”

Which sounds like just what a spokesman would say if he were real.

Most of the comments on my Facebook page were variations on “Eww!” But others expressed sincere outrage, like “We need cameras everywhere MILK is processed” and “I drink almond milk too. But will not touch milk ever now.”

By the way, the names of every single organization cited in my story were engineered to return zero hits for anyone who bothered spending 30 seconds to Google them.

So why are people so willing to believe Internet stories—and to incorporate the information into their worldview—without taking the minimal effort required to discover whether they’re true?

“People won’t take the time to question because there is so much noise on the Internet,” says Dr. Janet Johnson, Ph.D., a social medial scholar and clinical assistant professor at University of Texas-Dallas.

The real problem, she says, isn’t that people are gullible, but their lack of knowledge about fact checking.

“To create better digital citizens, we need to teach people how to evaluate a headline and a story,” Johnson says.

Other than checking Snopes—which everyone should always do before sharing any supposed “news” story—how can you make sure what you’re sharing isn’t complete BS?

Here are four suggestions from Shannon Rauch, Ph.D. an assistant professor of psychology at Benedictine University at Mesa.

1) Get a Second Opinion

If the story is real, surely more than one other reputable news source will have covered it, right? Check on Google.

“If you can't find the information published elsewhere, it's likely because the other news outlets have done their research and rejected the story,” says Rauch.

Even if it has been widely reported, look at how the facts are presented elsewhere. “The recent story on the bacon-cancer link is a good example of this,” she says. “While the story appeared in many different places, the interpretation of the data varied.”

(For the real story behind this controversy, check out our exclusive report: The Only 4 Things You Need to Know about Bacon and Cancer.)

2) Is It Preaching to the Choir?

“Keep in mind that Facebook users are particularly likely to accept and share these if they confirm previously held beliefs,” says Rauch.

Anyone who already has a moral problem with the dairy industry will probably be quicker to share stories that support their beliefs, even if everything about it seems implausible or silly.

Hopefully you already know that The Onion and Clickhole (and their unfunny third cousin The Daily Currant) are satire. (Even your parents should know that by now.) But did you know that legitimate news sources also dabble in comedy?

“Look for disclaimers,” Rauch advises. “Yes, the Huffington Post reported that Donald Trump wanted to buy Puerto Rico. The fact that it was satire appeared at the end of the article.”

4) Consider the Source on Social Media

Sorry to be a party poop, but yeah, you probably shouldn’t trust any stories shared on Twitter, Facebook, or your other favorite social media sites unless they come from a legitimate news source.

Rauch suggests that you “return to the practice of using news outlets for their news and social media for social interactions." Or use social to follow verified news sources.

But if your buddy, uncle, or grandma share a story from ZOMGYouWontBelieveThis.net, take it with a grain of salt or at least investigate the story before commenting or sharing.