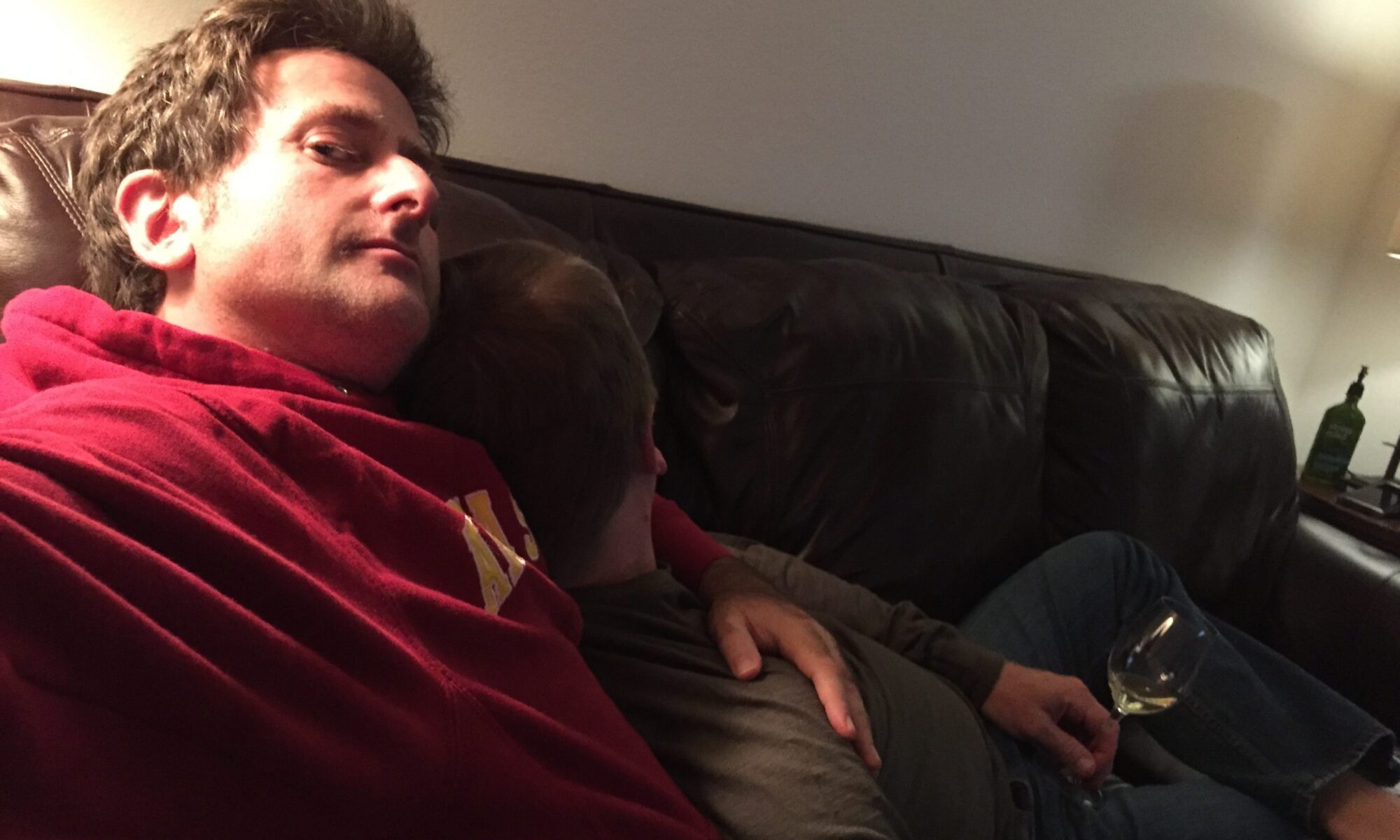 But recently, I agreed to the strangest intimate experience of my life: I was chosen to snuggle by a beefy dude who spotted my photo on a professional cuddling site.

Let me explain. I pitched this stunt to Maxim as an exploration of the weird world of professional cuddlers. Non-sexual cuddling was supposedly created in 2004 by two New York City relationship coaches as a way to reintroduce intimacy to young people living increasing percentages of their lives online.

Their “Cuddle Parties” were so successful, cuddle-preneurs began offering up stables of solo practitioners. Snuggle Buddies, run by 28-year-old Evan Carp out of his New Jersey home, advertises more than 230 cuddlers in 39 states, 99 percent of whom are female. But Carp agreed to list me as “Holden” — Get it? Holdin’? — his ninth male cuddler. The service costs $80 per hour, or $324 for an overnight, with a 50/50 Carp/cuddler split.

I was seriously hoping the first person to request Holden would be a woman. (Did I mention seriously?) But unsurprisingly, it turned out to be a big, gay dude.

“Just relax, it won’t hurt as much,” one friend commented on my Facebook update about the booking. Other helpful comments included: “Something seems seriously wrong about this” and “Dude, you’re gonna get fucked.”

Steven (not his real name) is in his mid-40s and, like me, lives in Las Vegas. He works in advertising and his hobbies apparently include, judging by the size of his arms, hitting the gym way more than I do.

After he welcomed me into his apartment and poured two Chardonnays, we awkwardly tried getting to know each other. Steven had never professionally cuddled before, either, and we laughed nervously about the fact that both of us will be able to continue making this claim.

“I just saw the word snuggle and thought it was different,” he told me. “I could have called an escort if I wanted a fuck. I’ve had that before and I didn’t want that.”

Steven had an awful 2015. He lost his job and his shoulder to lean on about it because his boyfriend dumped him. He’s new to town and doesn’t know many people—certainly not anyone willing to serve up some no-strings-attached snuggling.

“I just wanted an emotional connection,” he explained.

He motioned me over to his leather living-room couch, where I sat down on the far end. Steven’s head fell onto my chest. It was heavier than it looked, and warmer. In fact, it quickly heated up the Arizona State football jersey I wore to telegraph my unwavering heterosexuality.

My hands rested on his chest, frozen. I admitted that I was uncomfortable because I didn’t know how to move them without indicating sexual interest. Steven laughed.

“You don’t have to move them,” he said, looking up at me upside-down. “I just want you to hold me and talk to me.”

I asked Steven why he picked me for his first paid snugglefest. I braced myself for a compliment about my handsomeness, the kind I only hear from my wife when I wear a suit.

“You were the only one local,” he replied. (Oh, I didn’t realize. I felt relieved that he wasn’t super attracted to me, although a little insulted, too.)

Sensing my anxiety, Steven then pointed at the lack of a bulge in his sweatpants.

“It’s nothing sexual, see?” he said. (In fact, Snuggle Buddies make all cuddle-ees sign a contract promising that no sexual activity of any kind will occur—even kissing.)

After about 10 minutes, I began to relax. It started to feel very safe and nice, actually—like that Friends episode where Joey and Ross accidentally take a nap together, freak out about it, then decide that they kind of like it.

Science would seem to back them up. According to 350 studies published over the past 20 years, touching other humans delivers emotional and physiological benefits, including lower blood pressure and cortisol levels. The journal Psychological Science even reported that cuddling can boost the immune systems of people exposed to the common cold.

Steven and I chatted about the things we hate in serious relationships. Even with his ex-boyfriend, snuggling was a rarity because any touching was misconstrued for a sexual advance. He tells me some other things about his ex that suggest he was an abusive asshole, and when I use that description, my right knee receives a pat of appreciation.

Soon, strangely, it was me who needed this as much as Steven. I thought about all the guys I embrace in my life, including some of my best friends, who always pull away from a bro-hug after about two seconds –recoiling due to our society’s wrongheaded sexualization of the male embrace.

I realize that my first five minutes on Steven’s couch amounted to more physical intimacy than I’ve ever shared with my own father, the man I love more than anyone else on Earth. And I’m usually the one breaking off the hug when we greet each other. Why? (This saddens and angers me because he’s getting very old and we probably don’t have many greetings left.)

My ringing iPhone interrupts this flood of insight. It’s the 45-minute mark and, as planned, my buddy Adam Brooks is calling to make sure I don’t say “kettle corn.” (That’s my safe word.)

The tough-guy star of TV’s Sin City Bounty Hunters has been waiting outside in the car, in case things got out of hand. You know, in the way they might when you’re inside a complete stranger’s house after posting a sketchy online ad, and you’re hoping not to get sexually molested or perhaps even cuddled to death.

Now that I know how harmless Steve is, I feel like a total dick for bringing along my own personal snuggle pimp. But, nice guy that Steve is, he pretends the phone call never happened and we wrap up the hour by uncuddling and saying our goodbyes. I tell him I hope he got what he wanted out of that.

Very true. My dad’s getting a bear hug when he visits next week.